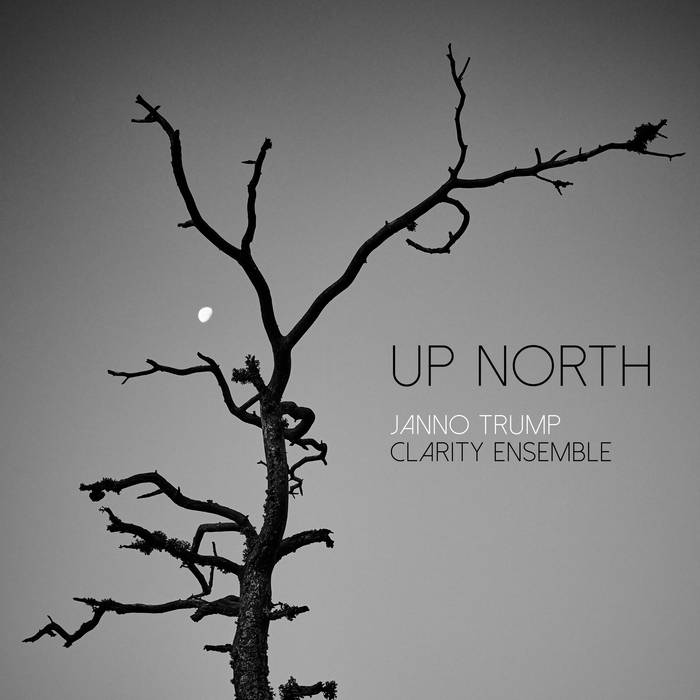 Piano trio with a string quartet bringing modern technical and northern sound to jazz. This album’s name, “Up North”, already defines itself by that. Janno Trump’s ensemble excels in creating a bridge between chamber music and improvisational modern jazz.  The album also features the singer Viktoria Tolstoy on the song “City Romance”.

I found out about this ensemble via a Klassikaraadio’s (Estonian classical music radio channel) live concert broadcast. I think it was a debut concert (or either an album’s debut concert). The ensemble itself is young, but is already gaining attraction via their two recent albums. Janno Trump is more known for his other jazz ensemble called JT Conception. Founded in 2015, in 2019 they were awarded Estonian’s “Jazz Ensemble of the Year”. JT Conception follows a funkier, powerful jazz philosophy. As they itself put it, it’s a 10-member groove orchestra playing funk, jazz and jazzrock. Yet the Clarity Ensemble tries to make a crisp immediate sound with, as the name already includes, clarity. Clarity Ensemble consists of Janno Trump on the bass, Joel Remmel on the piano, who is actually famous for his trio, and Ramuel Tafenau on drums. On the quartet side is Linda-Anette Verte, Mari-Katrina Suss, Ann Mäekivi and Andreas Lend.

This album achieves a particularly interesting sound, very effective when listening at night (Estonia has long dark nights perfect for this). For a tranquil atmosphere, yet delivering technical and rhythmical music. The serenity of the chamber quartet is relaxing to the ears. When coupled with a jazzy piano trio, creates a symbiosis of rhythmical music and chamber music. In my opinion, Janno Trump has executed this well. It’s difficult to mix two different types of musical ensembles. Each deliver their own musical style intended for their own genres. But the choice of Nordic sound is what makes this work.

I recommend giving it a listen. It feels a bit technical and not that easy to comprehend at times. Yet as a whole, it has its own emotional state that it propagates. Favourite piece: Lighthouse. You can find it on Spotify.